After 3 months of being “quarantined”, it is only right that I push myself to be more creative in the kitchen. I am not someone who bakes at all for the most part but this recipe gave me confidence that ANYONE could bake something simple and delicious.

Monkey bread is basically a dessert featuring small balls of dough dusted with cinnamon, sugar, melted butter. I love to eat this dessert warm out of the oven, a la mode. (topped with ice cream) For whomever wants to know, it’s called monkey bread because of the way you eat it- with your hands.

I came across the canned biscuit monkey bread recipe on Pinterest and decided that I wanted to take it up a notch. I was actually on the phone with a friend as I took the monkey bread out of the oven. Even with a delicious dessert in front of me, I wanted it to be peach cobbler. Ha! So I searched the fridge to see if I had peaches. I stumbled upon a peach fruit cup and decided to make a stovetop compote. It was the most random but delicious idea I’ve had in a while. Adding a shot of dark liquor is always something I love to do to take the flavors to the next, next level. I’ve used bourbon and cognac in this dish and both are equally delicious.

Now that your mouth is watering uncontrollably, go ahead and grab the ingredients and make this dessert today! You won’t be disappointed. 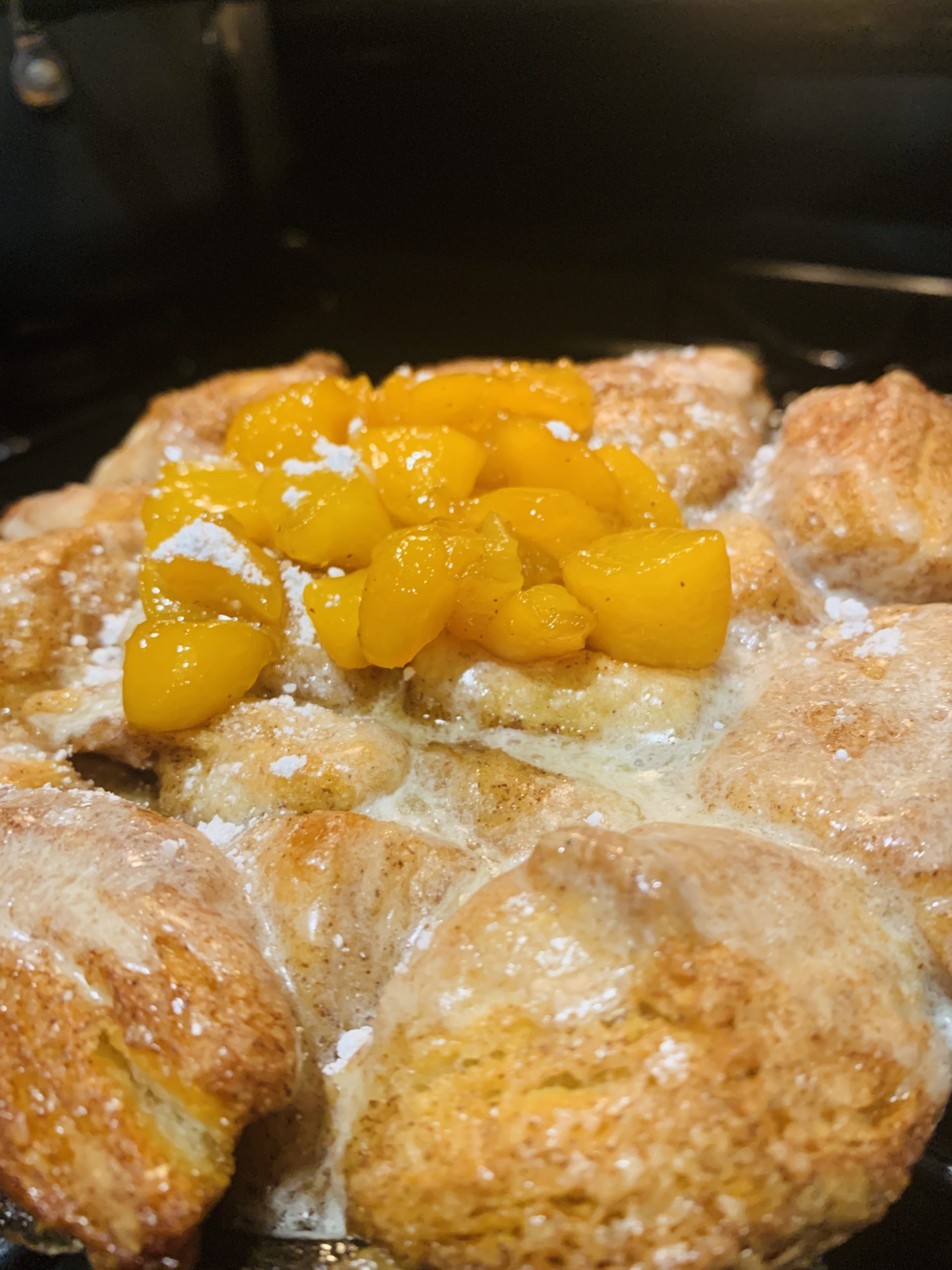 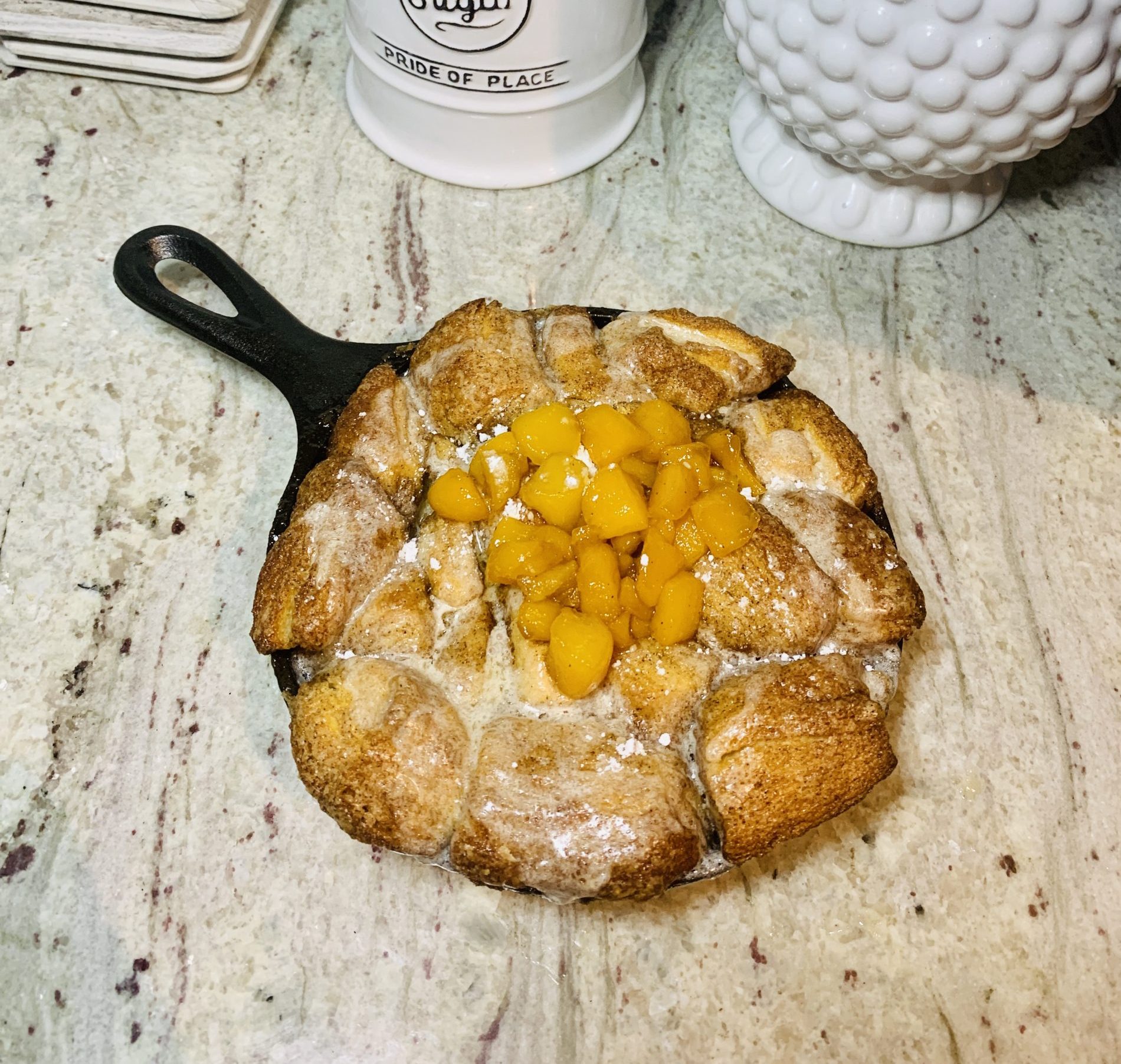 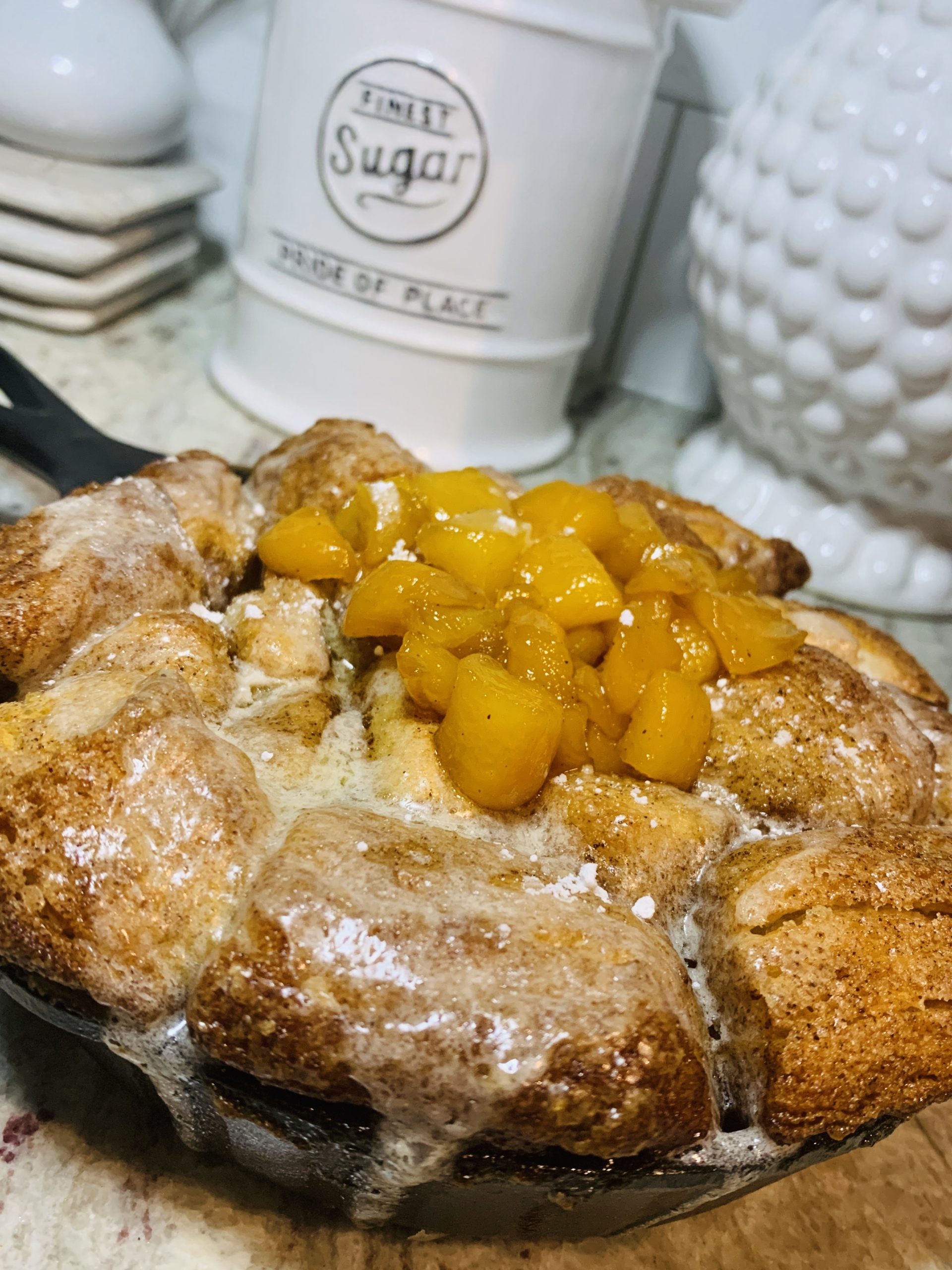 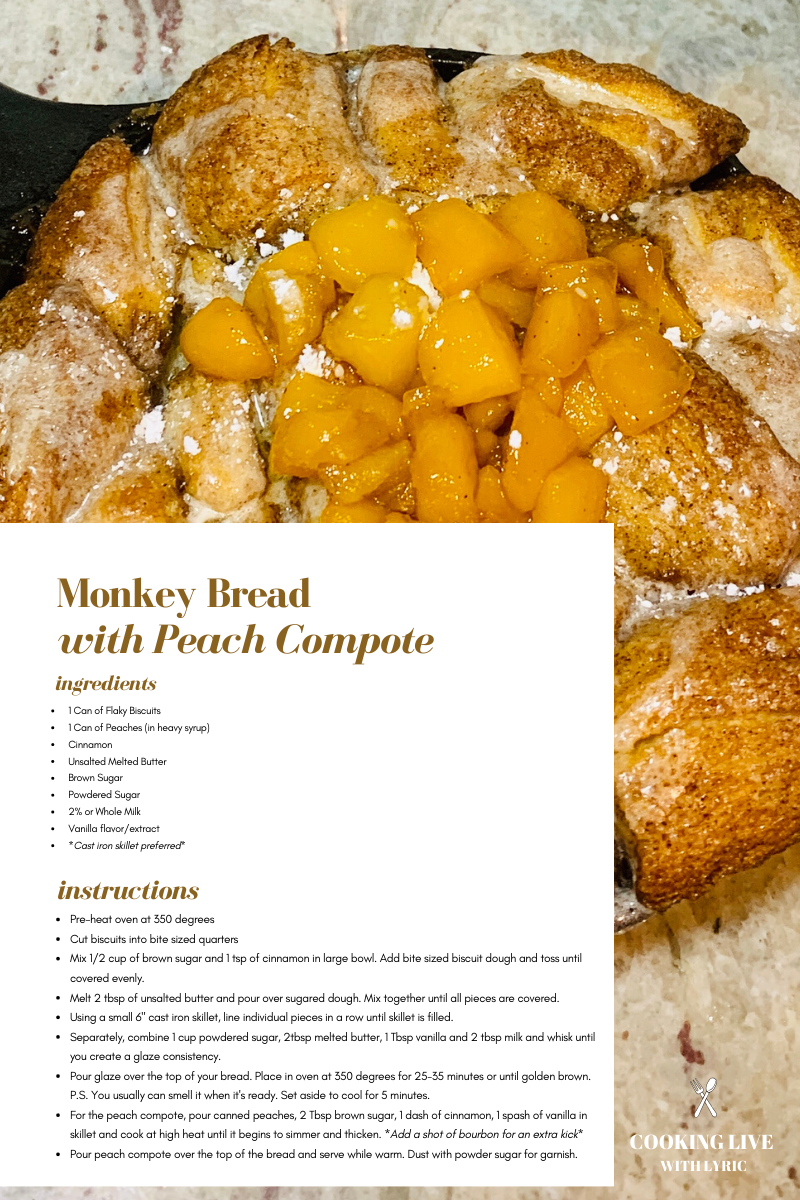 Welcome to my blog! I'm Dominique Lyric, advertising director, We Can't Make This Up podcast and dinner hostess, and lover of all things food and arts related. I am ready to inspire the next generation to make their next move, their best move... with an action plan in one hand and a fork and knife in the other!

Wanna stay in the loop and get a weekly dose of Lyrics By Lyric? Sign-up today!